If you're truly passionate about simple living, the tiny house movement might be something in which you're interested. You may even take things a step further by hiring a service that builds tiny houseboats and having one constructed for you. Doing so is exciting because instead of buying an existing model, you can actually work with a designer to come up with a plan that is tailored toward you. This means that you can think of every detail that you might wish to incorporate, and then have the tiny houseboat built to reflect these ideas. Here are some details that might be worth including.

A tiny houseboat may only be a couple hundred square feet, which means that you want to have as much livable space as possible in a tiny environment. One way to accomplish this goal is to add a roof deck. Instead of a slanted roof that you can't use, talk to the designer about a flat roof with a deck on it. Eventually, you can add a bench, an umbrella, and perhaps even a small barbecue to this deck to dramatically increase the livable space and even give yourself enough room to host a guest or two.

You should definitely have a plan to have additional sleeping space in your tiny houseboat. Many single people favor tiny homes, which makes logistical sense, but this doesn't mean that you won't have an overnight guest at some point. Generally, the sleeping quarters in a tiny houseboat are small, so you'll want to have an additional area that you can somehow convert to handle a folding cot or even a sleeping bag. If there's a covered deck-style structure at either end of the boat, roll-down screens may make this space suitable for someone to sleep.

Windows in a tiny houseboat require careful consideration. You want enough windows that the interior of the boat is bright, as brightness can make a space seem larger. However, too many windows can affect your privacy and, perhaps more concerning, take up valuable wall space that you'd otherwise use for storage. There's no right answer here — you need to decide exactly how you want the tiny houseboat to look. Some people favor fewer windows in exchange for more wall space indoors, with a plan of spending more time outside on the roof deck or a deck at the stern, for example. 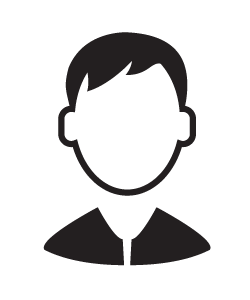 When you're building up your company's graphics pr …